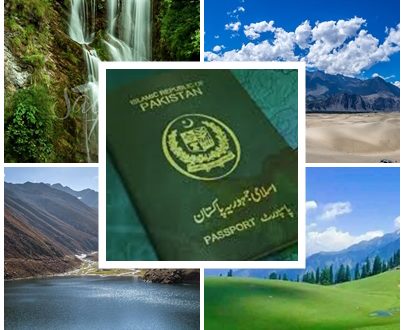 PREREQUISITES FOR THE FOREIGN TOURISTS

Tourism in Pakistan gets flourished during 1970s, when a large number of foreign tourists attracted to the country. Initially the choice was quite limited and the tourists opted to visit to the Khyber Pass, Swat and Peshawar in Khyber Pakhtunkhwa, Karachi in Sindh, and Lahore in Punjab. Quite a few of them were interested in the ruins of the Indus Valley Civilization such as Mohenjo-Daro, Harappa and Taxila; while some others were attracted to the Himalayan hill stations. Although Pakistan is blessed with the highest mountain peaks such as K2, Nanga Parbat, Rakaposhi etc. yet least number of tourists were attracted to this region as compared to the other SAARC countries, like India, Maldives, and Nepal.

But soon after 2010, Pakistan emerges as a prominent tourist hub for the adventurers and mountaineers from all over the world. Hunza, Skardu and Chitral/Kalash valleys in Northern Areas of Pakistan become the paradise of the foreign tourists. Not only this, they are even interested to explore the beautiful, mystic and breathe-taking places of Azad Kashmir, especially Neelum valley.

Nowadays hundreds of thousands of foreign tourists come to Pakistan every year. But the tourists ask many questions, before visiting to Pakistan and one such big query is regarding NOC for the foreign visitors; while the second one is about safety. Tourists need 4 things to go through their journey.

Pakistan is a safe country to visit, however the visitors should take some precautionary measures before going to the below mentioned areas, to avoid any misadventure. There are a few suggestions for the foreign tourists, issued by the Ministry of Foreign Affairs. Before traveling to these areas, always inform to the Interior Ministry, for safety. Police will escort the tourists in these areas.

By taking above mentioned steps, you are all safe and secured to traveling anywhere in Pakistan. Have a safe and enjoyable journey.