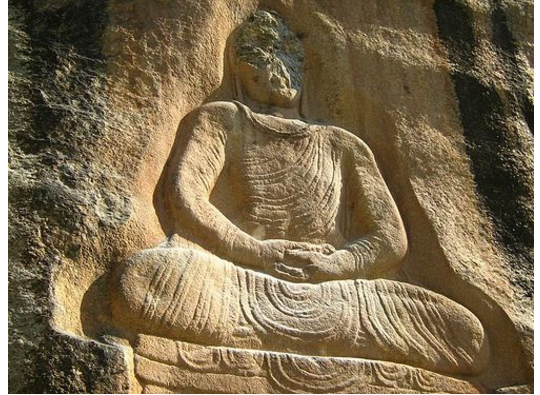 The arrival of Buddhism in Pakistani soil, introduced Buddha to the people of the area. It was a unique phenomenon in itself and it happened some 2,300 years ago. It brought revolutionary changes in the region which consisted of modern day territory of Pakistan and India. Mauryan King “Asoka” (literarily the greatest of all the Emperors) was the mentor of transporting Buddhism to his kingdom. Buddhism remained quite a prominent religion in this region for a longer duration rather for the hundreds of coming years.

The ruins from the golden era of Buddhists are the clear evidence of past glory of the Buddha Regime. These sites still seize the attention of a large number of the tourists from all around the world. Swat Valley is among those areas which always remained the centre of attention due to its links with the Buddha Dynasty. The valley witnessed many reigns from Bactria (the Greek Kingdom) to the Kushan Empire. The Mauryan Empire (Asoka), the rule of the great Punjab, the Indus River Basin Civilization etc are among the powerful rules.

It is believed that Chak-Darra is the birth-place of the great Buddhist Scholar Padma-Sambhava. Chak-Darra is the village which is now in Lower Dir, Swat valley. It was once a part of the Uddiyana State of Svastu. Padma-Sambhava also known as Guru Rinpoche in Tibet. He was the same person who introduced the “Vajrayana” a noteworthy branch of Buddhism, in the Tibet, China.

It is our own ancient cultural heritage, which needs renovation, protection and preservation to show it to the future generations. We try to explore some of them.

The Gumbat of Balo-Kale or “Balao Gumbat” is a cultural heritage of Swat, which belongs to the ancient Buddha Dynasty. It is in the Kandak valley of Swat and in the South-West of Barikot village. Its distance from Barikot is almost 7 to 8 kilometres (4.97 miles). A prominent archaeologist Sir Aurel Stein while visiting there in 1926, pointed out to its great archaeological, cultural and historical significance. The monument consists of a unique double-domed typical Buddhist shrine. Although the condition of the Gumbat is deteriorating due to the damages over the passage of time but still the Gumbat Balo-Kale is among the most well-preserved monuments of the Swat valley from the ancient Buddha Regime.

Butkara was once the most sacred place of Buddha in the Swat valley. The ruins of the Monastery are still lie there in the valley at Ta-Loo in Butkara. It is the same monument about which Sung Yun has written in his chronicles, who visited the area in 520 A.D. The Buddhist pilgrims from China during the 5th, 6th and 7th centuries A.D also described its importance. It lies in the East of Mingora, a cpital of ancient Udyana State. The main Stupa stands tall in the middle of it whereas other Stupas, Viharas and Columns surround it from all around. The main building is in the North of the main Stupa yet the inhabited area is on the Northern and Western sides. The Great Stupa gets renovation and extension for several times, from 3rd century B.C to 10th century A.D.

Nemogram is another place of great archaeological importance, in Shamozai which is a sub-valley of Swat valley. It is about 45 kilometres away, in the West of Saidu Sharif and 22 kilometres away from Birkot, on the right bank of Swat river. The Stupa was discovered in 1966.

It consists of three main Stupas in a row, from North to South. There is a courtyard with 56 consecrated Stupas and a Monastery, adjacent to the main Stupas in the West. The definite history of Nemogram Stupas could not expose till date; yet the coins which found there, signposted the period of Kushana, dated back to the 2nd or 3rd century A.D. Besides the coins and pottery of Scytho-Parthian period, there are a large number of stone-carvings and Stucco-sculptures, which illustrates the Buddhist Mythology. These sculptures are on exhibition in the Museum of the Swat valley.

Shahkot Pass is the place where the Elephant Paw could find. It exists exactly between the Mura Pass in the East and Malakand Pass in the West. There are vast plains and a small Hamlet of Shahkot Banda, in the North-East of the beautiful valley. In the South-West of the valley, there lies the most famous Hathi Darra or the Elephant Paw, near the village Zalamkot, Swat. Its distance from the village Thanra is almost ten miles.

It is called Hathi Darra because of that 20 feet wide and 6 miles long road, which connects both the sides of the Pass. It is the same route which was once used by elephant-caravans of the Kushan Emperors and henceforth it was adorn the name of Hathi Darra as well as the Elephant Paw. The “Throne of the Queen” is another place in the vicinity of the Elephant Paw, lies on the nearby hill-top.

Gumbatuna (singular of Gumbat) is a Pashto word for a Dome. It is on the right bank side of the Swat river, in the West of Barikot village. It is at the distance of 6 kilometres from Barikot, whereas a metal road leads to Nemogram valley. All these sites are of great archaeological interest, scattered here and there in Swat valley, over the area of 1500 metres from North to South and 1000 metres from East to West. This is the area of the Shamozai Range, Swat valley. Tokar Darra is near Karakat Pass and about 5 kilometres away from Barikot in the South. It lies about a kilometre away from the village of Najigram and quite famous for its Buddhist monuments. The most popular the big Stupa of the Buddha lies there. The Monastery is attached with the Quarters of Assembly Hall and Aqueduct Cave. The site has strong connections with the ancient Buddhist Era.

It is a tall rock-carving which depicts the image of the seated-Buddha while sitting on the reddish-brown rock of the mountain cliff. It rises along the hillside in the South-Western side of Jehanabad in the Shakhorai village. Its distance from Manglawar is almost five kilometres. Tourists can see this huge illustration of Buddha far from the road to Malam Jabba, Swat. Previous: ECO-TOURISM IN PAKISTAN
Next: LAKES IN AZAD KASHMIR