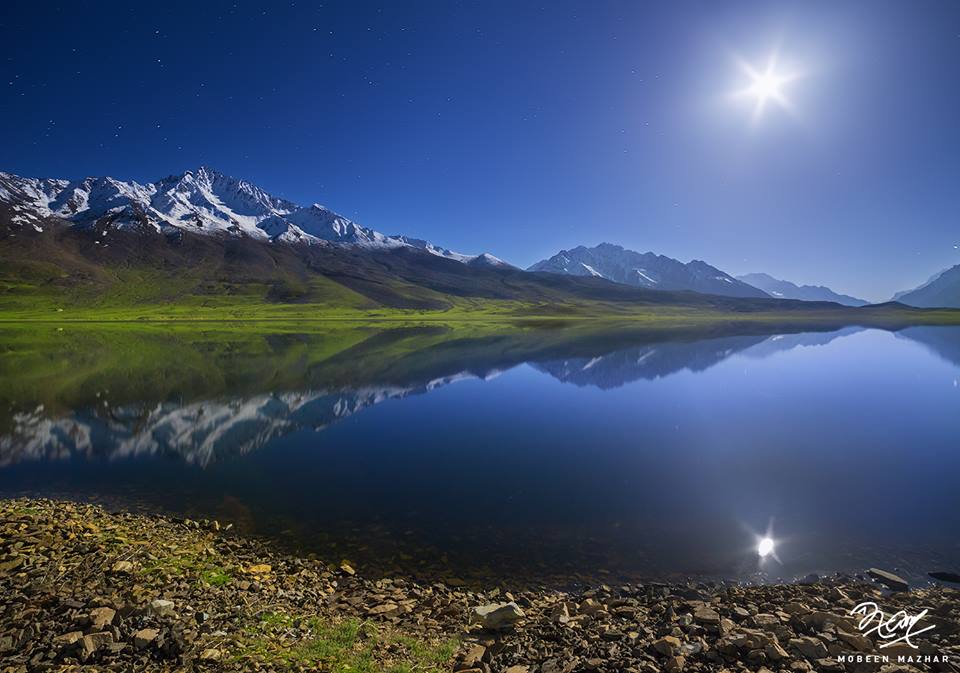 CHITRAL – THE LAND OF POLO

Chitral is a Khowar language word, which means the “field” and spelled as Chetrar in actual. It is the capital of the Chitral District, along the western bank of the Chitral River (Kunhar River), in Khyber Pakhtunkhwa Province of Pakistan. It remained the capital of the Princely State of Chitral until 1969. This valley is in the foothill of Tirich Mir, the highest peak of the Hindu-Kush Mountain Range, which is 25,289 feet (7,708 metres) above sea level.

The elevation of the valley is 3,700 feet (1,100 metres) above sea level. Its population is about 20,000. Khowar is main language and 98% people speak it while Pashto on slot. The climate of the valley is warm in the summers and cold in the winters.

This region remained as an independent kingdom until 1895, then the British gives it the status of Princely State, after negotiating with its hereditary ruler, the Mehtar. Though it was still a sovereign State, yet subjected to the suzerainty of the British Raj. The valley retained the same status, even after the accession to Pakistan in 1969. Since it becomes Pakistani entity, it had become an administrative district of Pakistan in 1969.

Kanishka, the Buddhist ruler of the Kushan Empire in the 3rd century, occupied the Chitral valley. After Kushan Empire collapsed in the 4th century, the Chinese took over the charge of the valley. Regime of Raees began in 1320 and ended in the 15th century. Chitral was then become the dominion of the Kator Dynasty, from 1571 until 1969.

The artistic handcrafts and precious stones attracts a large number of tourists from all over the country. In the beginning of the summers, the whole region is decorated with oodles of flowers and fruits. Famous fruits of Chitral are peach, apricot, damson, apple, pomegranate, grapes and pear. It is also famous for its dry fruits almonds, apricot, pistachios and walnut.

There many motels and restaurants in and around the town of Chitral. Tourists can find any suitable accmmodation, according to their budget and need. People of Chitral are very welcoming and cooperative. Tourists can easily find a guide if needed. Following are some of the famous tourist attractions in Chitral.

Chitral is about 348 kilometers (216 miles) from Peshawar and accessible by road, either from Islamabad or Peshawar. Both the routes join near Chakdara, lower Swat valley. The tourists proceed to Lowari Top through Dir. Lowari Pass is on the altitude of the 3,200 metres above sea level. It will take about 11 hour in a direct ride.

A stopover in Dir is highly recommended. From Dir, tourists should hire a 4×4 vehicle, preferably jeep, for journey to Chitral and then to Shandur. On the Chitral side route, tourists can stay at Mastuj, whereas from Gilgit side, Gupis is a suitable place for an overnight stay. Chitral is also accessible from the South-Western side, along the Kunhar valley; however this route is overruled, due to Pak-Afghan border (Durand Line) tension.

The other routes over the high mountain Passes are;

It is in the North and the easiest route to approach the valley, during the summers. Its elevation is 3,798 metres (12,461 feet) above sea level.

Chitral cuts off from the rest of the country, for about six months of a year, due to heavy snowballing. The problem will get resolved, when the Lowari Tunnel will be fully functional.

It is the highest peak of the Hindu-Kush Mountain Range. Tirich Mir is visible from any of the higher place of Chitral Town, in a clear weather, like roof-top of the hotel and from the Palace of the Chitrali King. This is also the highest mountain in the world, other than Himalaya and Karakoram Ranges.

The Chitral Museum is the best place for the history lovers. There is a treasure of antique pieces, weaponry and the cultural stuff of the monarchs. It provides insightful glimpses of the history and culture of Chitral as well as Kalasha people.

Shahi Masjid of Chitral is a beautiful model of architecture. It was built in 1924 A.D. by Shuja-ul-Mulk, the Mehtar of Chitral from 1895 to 1936. The Masjid is quite famous as a rich cultural heritage and its architectural style.

Shahi Qila aka Shahi Fort, of Chitral is along the Shahi Masjid of Chitral. Earlier it was the residence of the monarchs of Chitral, but now it is a private property and special permission is needed for visiting it.

Polo is and ancient game of the Northern Areas. It is popular in Chitral. There are many Polo grounds in Chitral, but the most famous one is the Shandur Polo Ground. It is a pleasant moment to visit the ground to learn something new about the interesting game of Polo. Shandur Festival is an occasion to celebrate the ancient style of the game, played between Chitral and Gilgit teams.

It is another beautiful building with historical significance in Chitral. Tirich Mir is clearly visible from it, on a clear day.

Barmoghlasht is a beautiful and breathtaking Tourist Resort. It is fourteen and half kilometers (9 miles) away from Chitral. It is worth visiting place.

Garam Chashma is a place with warm water springs. It is a famous for its springs, precious stones, trout fish, and serene environment.

Ayun is the name of lush-green, beautiful and awesome place. It is quite popular among the tourists for its natural beauty. Ayun valley is between Chitral and Kalasha valley, along the bank of River Chitral. It is full breathtaking scenery. It is one of the most beautiful valleys of Chitral.

Koh Ghazi is 14 kilometers away from the town of Chitral and Goleen is adjacent to it. Koghazi and Goleen are truly called a Heaven on the Earth. The valley consists of flowers, fruits, lush-green meadows, canals, waterfalls, springs, and beautiful landscapes.

Shandur lake is between Ghizer District and Chitral District. Its area is about 300 square kilometres (120 square miles). Shandur Top is at the elevation of 12,200 feet (3,700 metres) above sea level. Shandur is often called the ‘Roof of the World’ and its top is flat, like a plateau. It is accessible in between late April and early November. Shandur lake is about 2 kilometres away from the main camping area.

The Polo Match on the Shandur Top is a big tourist attraction. It is being played between the teams of Gilgit and Chitral. The history of Chitral tells that Shandur is the property of the royal family of Mastuj, Chitral.

Mastuj is the doorway to Yarkhun and Broghil Passes. It is known as “Wakhan Corridor Trek”. Three routes from three sides, meet at Mastuj;

It is the place of confluence of the Yarkhun and Laspur rivers, which are the tributaries of the Chitral river.

The trek of Bashkar Gol lake goes from Sor Laspur in Chitral Valley, Pakistan. The trek is about 22.5 km long and takes around 11 hours to reach to the lake. The starting point is a village, Sor Laspur. The village is in the foothill of Shandur Top on Chitral side. Porters are available from Sor Laspur.

The color of the lake is turquoise, which gives it a magnificent look. It bank looks like a beach as it is quite huge; 3 times bigger than the lake Saif-ul-Muluk and a little bigger than Sheosar lake.