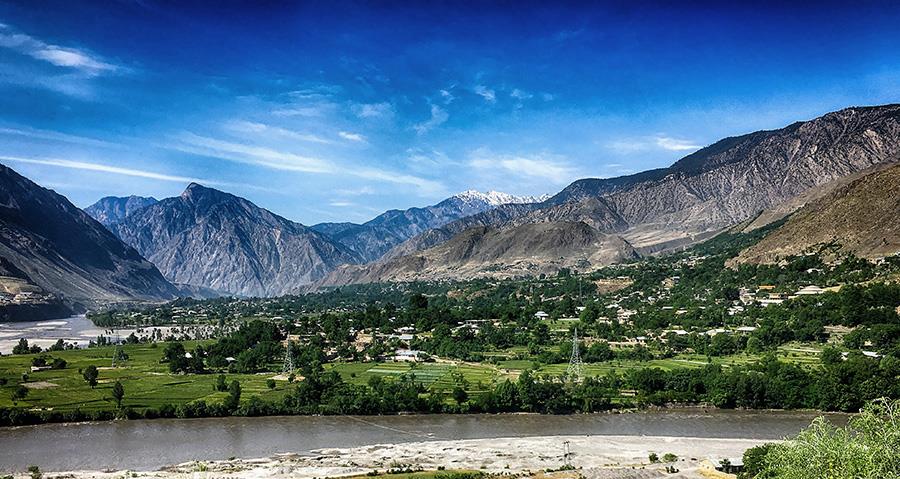 in Asia, Culture, Destinations, Tourism, Travel With Me 8 Comments 2,966 Views

Pakistan is a beautiful country and full of diversity, in terms of its climate, weather, regions and ethnic attributes. It is famous for its rich cultural heritage and historical background. Not only Pakistani cities are have significant but its villages are of equal importance. Some of the villages are of matchless. Let’s explore these villages.

Madhupur is one of the most beautiful villages in Skardu and it famous because of nearby waterfall of Manthoka. The height of the gigantic waterfall is 180 feet. It is a magnificent place to visit in Skardu, Gilgit-Baltistan. Besides the big waterfall, Madhupur itself is an excellent tourist attraction and at the distance of 40 kilometres from Skardu city. The scenery is awesome and it ideal for camping and fishing. The waterfall is a marvellous place to visit in it.

Altit is among the ancient villages of Pakistan, with strong history, culture and architecture, which is the hallmark of this village. It locates in the heart of Hunza valley, at the elevation of 2,438 metres above sea level. Altit was once the capital of Kingdom of Hunza.

The Altit Fort is a cultural heritage of Pakistan and locates at the highest point of the area. The Altit village is a superb tourist attraction. The peak time to visit there is, from mid of March to mid of October. The architecture of Altit Fort is quite awesome, unique in its appearance and model of ancient designs. The Fort is some 1100 years old and has a significant cultural, historical background. It is famous for the surrounding mountain ranges, glaciers, streams and cultivated terraces.

Mithi is in the Tharparkar District of Sindh, Pakistan. It is on the elevation of 42 metres above sea level. Initially Mithi was a part of District Mirpur Khas however it is a separate disrict since 1990. Mithi is one such a unique village of Pakistan where Muslim and Hindu live in complete harmony. The population of Muslims is just 20% and remaining 80% are Hindus. The area has a unique aspect of the lowest crime rate, in the country.

Bhit Shah is a small place in Matiari District of Sindh, Pakistan. There is the Shrine of the famous Sindhi Sufi Poet, Shah Abdul Latif Bhittai. Bhittai set up a small cave for his meditation in solitude, for the soul purification and salvation, in the thick forest of shrubs, surrounding these sandy hills.

The Shrine of Bhittai is in the middle of Bhit Shah and built by Mian Ghulam Shah Kalhoro, the ruler of Sindh in the late 1700. Its construction was started in 1772 and the architecture is traditional Persian, in blue and turquoise colour of tiles. The Urs (death anniversary) of Shah Latif is held in the Islamic month of Safar.

There is a small Museum of Bhit Shah, near the Shrine. Bhit Shah is an excellent tourist attraction for the lovers of Sufism and folklores.

Mahandri is at the elevation of 1,553 metres above sea level. The word Mahandri is a Hindi language and its meaning is “confluence of two rivers”. As the name indicates, this is a meeting place of two rivers; River Kunhar and River Manoor. It is fertile and agricultural area; Potato, beans, maize, turnip etc. are the main crops, while the fruits include pears, nuts, apricots and apples. It is irrigated by the natural resources of water of springs. There is a historical graveyard in Mahandri as well, similar to the Agla Garan and some other places of Kaghan valley. The graves have been decorated with head-stones, like dugs, owl, wheel and floral designs.

Ayun is a beautiful village of Chitral valley in Khyber Pakhtunkhwa, Pakistan. It is 12 kilometres away, in the South of Chitral. It is on the confluence of River Chitral and River Bumburet; surrounded by the nearby mountains. The Bumburet River runs parallel to the village and it is the source of generating electricity for Ayun as well as the Broze village. It provides water for irrigation and drinking purpose to the valley.

Mehrgarh village is a Neolithic (7000 BCE to 2500 BCE) site. It is near the Bolan Pass on the Kacchi Plains of Balochistan, Pakistan, in the West of the Indus River Valley. Mehrgarh is a small fertile village with a rich history of farming and herding in South Asia, dated back to 6500 BCE to the third century BCE. The site is discovered in 1974, by an archaeological team, led by French archaeologists Jean-François Jarrige and Catherine Jarrige. A lot of material of Archaeological significance has been collected from the site. Mehrgarh is a precursor, in the sequence of the Indus Valley Civilization, which tends to the Harappa Civilization.

Urak is a small village in the Urak valley of Balochistan, Pakistan. It is near Hanna lake and mountains are surrounding it. It is 21 kilometres away from Quetta city. The valley is famous for its best quality apples and some other fruits. There is a small waterfall on the brink of Wali Tangi valley. Hanna lake is in the vicinity of the Urak valley, 10 kilometres (6 miles) in the East of Quetta. It is an excellent tourist hub, perfect for hiking, camping, boating and fishing.

Saidpur village belongs to Mughal Era. It is in the foothill of Margalla hills, on the brink of the Hill Road in the East of Daman-e-Koh in Islamabad. The village has the footprints of various civilizations including Gandhara, Greek, Buddhist, Mughal, Ashoka and above all the colonial period. It is a popular tourist attraction of Islamabad, the capital territory of Pakistan.

The name of Saidpur is on its ruler, Sultan Said Khan, the son of Sultan Sarang Khan. He was a Gakhar chieftain of the Potohar Region, during the regime of the Mughal Emperor Babur. He was father-in-law of Mughal King Jahangir.

The village is remodeled and innovated in 2006, by the Capital Development Authority, and aims at flourishing an incentive to the tourists to explore multi-cultural heritage from the ancient ages. The French Government provided the technical assistance, for the remodeling and reshaping the village. The tourist attractions of the village are:

Miani is on the bank of River Jhelum, and about 70 kilometres away from Sargodha city of Punjab, Pakistan. It is 16 kilometres away from Bhera Motorway Interchange (M-2) towards Malakwal, Mandi Bahauddin and just a few kilometres away of Salt Range Mountains. The Salt Range Mountain is the biggest salt mines of Asia, in Khewra, in the North of Miani and Pind Dadan Khan. It’s nickname is Namak-Miani (salt Miani) due to its significance as a marketplace of the salt from the mines of Khewra. It also has an historical background, because of its famous two doors from 18th century, which are displayed in the Fort of Lahore.

Previous: How Iftar Celebrations Vary Across Pakistan
Next: SKARDU – THE LAND OF MONARCHS