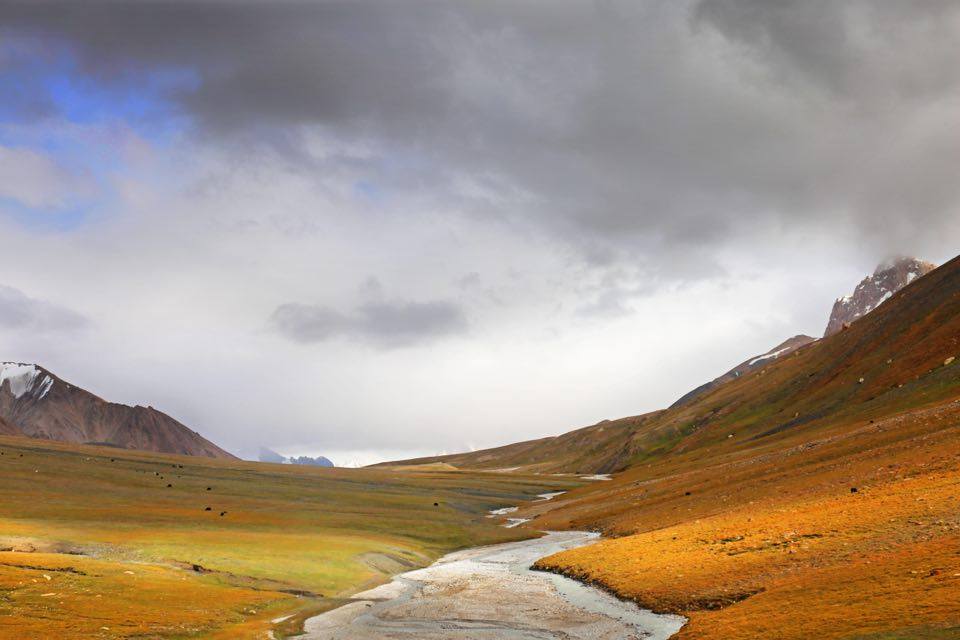 SHIMSHAL – THE MYSTIC PASS IN HUNZA

Shimshal is a village, in Gojal Tehsil of Hunza District, in the Gilgit–Baltistan Region of Pakistan. It lies at an altitude of 10,171 feet (3,100 metres) above sea level and it is the highest settlement in the Hunza valley. The Pass connects Gilgit-Baltistan to China. The area of covered area of Shimshal is about 3,800 square kilometres. Shimshal consists of four major hamlets; Farmanabad, Aminabad, Central Shimshal and Khizarabad. Odver stream flows from Odver-sar (6,303 metres) also known as White-Horn of Shimshal. It generates hydro-electricity for about five months of the year, from June to October only. After October the water gets frozen. Local community faces acute problems, during the remaining seven months of the year. Therefore they have to rely on kerosene oil, firewood, solar plates and natural gas cylinders as alternate sources of the fuel, during this period of time.

The Shimshalis narrate that some thirteen generations ago, their ancestor “Mamusingh” explored the area of Shimshal and settled down there with his wife. The wife of Mamusingh got angry with him, for forcibly bringing her to such a remote place. A Saint visited them in the meanwhile and he tried successfully to restore their relationship. They had a son afterward amd he was given the name as Sher. Sher was the same person, who secured the ownership of Shimshal from Pamir, by winning a Polo Contest against some of the Kyrgyz herders. They also had a claim of ownership of the area.

Sher had three sons, who were the originators of the three main clans of the Shimshal;

Shimshal remains a part of the Royal State of Hunza, until 1974 when Zulfiqar Ali Bhutto abolished the last existing Princely States of Pakistan. This state was owned by the Mir of the valley.

The elevation of the Shimshal Pass is 15,535 feet (4,735 metres) above sea level. It lies between the Indus river and Tarim river basins, which leads to the Shimshal valley of the Braldu river, a tributary of the Shaksgam river, along-with the border of China.

From Shimshal valley to the Qurband camp-site, the trek is somewhat straight and quite easy. It is a mere hiking of two to three hours.

It is a vertical ascent which takes two hours to reach to the next destination. Verjrab glacier is clearly visible from there.

Farzeen is a prominent wood which was used for making “writing-paper” in the olden times. Passt (lower) Farzeen is the name of the camp-site after Qurband camp-site. There are some steps of stairs, which are made up of Farzeen wood, that’s why the camp-site is called as Farzeen. It is a narrow trail of two hour journey. The last descent towards Farzeen is quite a challenging task for the trekkers. A shepherd hut, for accommodation and water is also available there.

Voch is an ascent from Passt Farzeen. Voch is perhaps a Wakhi language word which literally means “upper”. Because of ascending attribute of the place, it is called Voch Farzeen. There are two shepherd huts, available for accommodation but it is better to take plenty of water along-with to there. It takes about three hours to reach Voch Farzeen from Passt Farzeen.

It is a tough ascending of two to three hours, to the top of the mountain hill. There is no natural resources of water like streams or waterfalls etc. Yet Shimshalis managed to bring pipeline water over there. There is a shepherd hut, along-with the beautiful camp-site, from where Falak-sar is clearly visible. Prien or Parian is a tree in the valley and a staircase made up of its wood takes up to the top of the mountain. But this tree is not found in abundance. The landscape mainly comprises of wild grass and some shrubs. Prien-sar is a famous mountain peak of the area. There is an unnamed peak, which is also scaled by Samina Baig.

It is a beautiful trek of two and half an hour, lies between the two camp-sites. A plenty of water is available there yet the view is not so mesmerizing, at the end of the trek. There is a meadow and numerous Prien trees.

Valeo Dasht is an open camp-site. It is on a distance of four to five hour of trekking from the Arbab Prien. A river flows with all along the trek. There is a roof-less shepherd hut for accommodation.

It is a winter settlement for the Shimshalis, with a beautiful grassy meadow. Shimshali people, along-with their cattle, spend the winter season there, from September to December. It is mesmerizing camp-site where Yaks are visible while grazing. Water is available whereas the stone-huts too. Shajrab is the best camp-site of the area.

Gulchin Vasht is a wonderful valley. It takes about an hour to enter in the valley which opens in the Shimshal Pass.

It is two to three hours of trekking to reach to the Shimshal Pass from Gulchin Vasht. There are two lakes along the Pass. One is bigger while the other is smaller one. Their water flows towards the other side of the Pass. The beauty of the Pass is breathtaking as breathing becomes difficult, on the height of 3,100 metres. There are so many species of the birds, which surround the lakes. The whole valley echoes with their sweet chirping.

It is the summer meadow settlement for the Shimshalis, at the distance of an hour from the Pass. Shimshalis stay there in the summers, from May to August, as there is plenty of grass for the cattle. Every family owns a hut there. Some persons of a family perform their duty of looking after the cattle, on alternative turns. Often elderly women do accomplish the task, for the asset of their children. Some of them pay to a person for staying in Showart to take care of their cattle and huts.

The lifestyle of this settlement is much better than that of the other ones. The girls even utilize the modern luxuries like earphones and sun-block while going out for grazing the cattle.

The womenfolk make curd out of Yak milk. They produce cheese and butter from it, for selling it in the valley below. This cheese is prepared mainly on the rooftops and usually used in the winters. Its taste is somewhat sour but quite delicious. Shimshalis prepare a soup, called Drow, from the cheese cubes which is really tasty.

In the last week of July or in the first week of August, a festival is celebrated at Shimshal Pass. The locals participate in it with zeal and fervor. They enjoy Yak Race, singing and dancing. In Wakhi language, the name of the festival is Woolyo.

Shimshal valley is an adventurous area in the Hunza valley and a major tourist attraction. Some of the highest mountains of the valley are;

There are almost 250 houses in Shimshal village and almost every house is lit up with the solar energy. Solar Panels are being installed for generating electricity. The residents of Shimshal are living in much better atmosphere as compared to the other people, who live on the higher altitudes in the region.