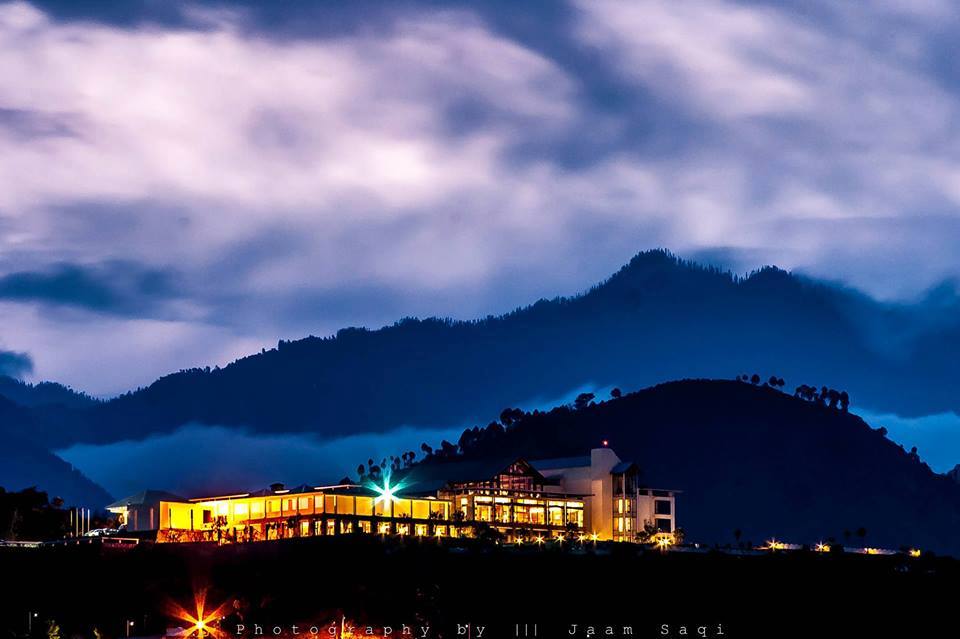 Pearl Continental Hotel or PC is a beautiful hotel amidst hill-top of Muzaffarabad, which is capital city of Azad Kashmir. It has a wonderful landscape with green pastures of hilly areas around. Being a junction place of two rivers i.e., Neelum and Jhelum, the city is a must visit place. When the blue icy-chilled water of Neelum meets with roaring and aggressive green water of Jhelum, it creates a mesmerizing view. Muzaffarabad as an international city in scenario of Kashmir issue, remains ub of social, political, art and craft activities since centuries. It is an ancient which city often called the city of saints and prominent figures.

While keeping the historical background and alluring beauty of the territory, Hashwani Group took an initiative to construct the first 5-Star hotel on the territory of Azad Kashmir. The panorama of the Muzaffarabad city and significantly Domel (where the two rivers meet) makes it an exiting place to build a grand luxurious hotel for the tourists and visitors alike. The place is between the hills where the Makra mountain overlooks from behind with all its captivating magnificent glory. The green hilly slopes and the natural beauty are the essence of Muzaffarabad and PC Muzaffarabad compliments it.

Pearl Continental Hotel was inaugurated on June 29, 2007. It entertains its guests with great zeal and fervour along-with traditional hospitality of Kashmir all the year round. The staff is well-mannered and highly trained. The hotel provides all the luxuries and the daily immunities of the modern life under one roof.

i. Fire Fighting System and Emergency System according to International Standards.

Furthermore, the plans are underway to reopen and resume the Air Service from Islamabad, Pakistan to Muzaffarabad, Azad Kashmir.