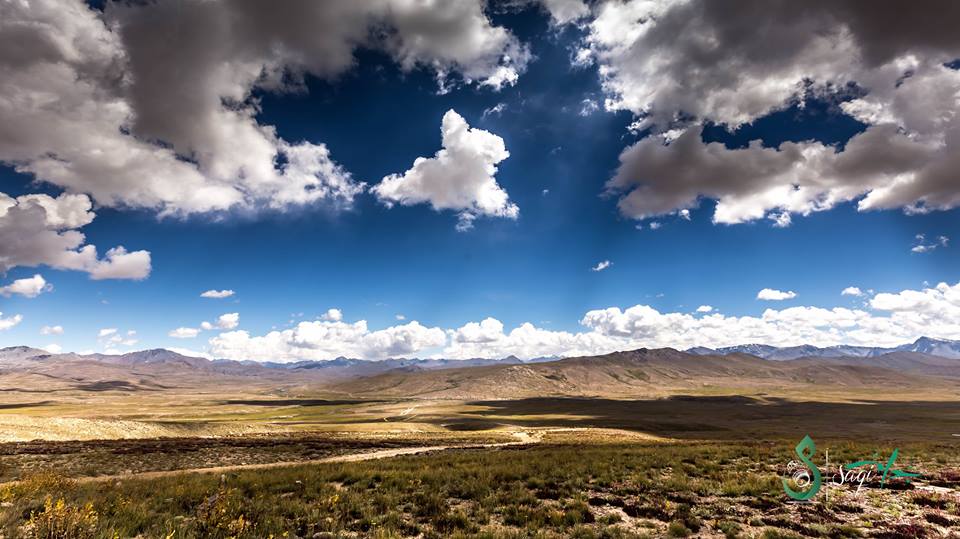 Deosai – The Land of Brown Bear

It is a National Park between Skardu, Gultari, Kharmang and Astore valleys of Gilgit-Baltistan in North of Pakistan. The word “Deosai” means ‘the Land of the Giants’. Balti people called it as ‘Ghabarsia’ because of its accessibility in to the land in the summers only.

Deosai National Park lies in outskirts of Skardu and its average elevation is about 4,114 metres (13,497 feet) above sea level. The Plains is one of the highest plateaus in the world. The park stretches over an area of 3,000 square kilometres (1,200 square miles). It is quite famous for its rich flora and fauna of the typical Karakoram, West Tibetan Plateau and alpine steppe eco-region. In the spring season, it is covered with wildflowers and a vast variety of butterflies.

The soil of this area is coarse in nature as it is a mixture of gravel and stones of different sizes. In flat areas between the mountains, the soil is deep with marshy vegetation.

How to Reach There:

The Deosai National Park was established in 1993 for the protection of the endangered Himalayan brown bear and its habitat. After banning poachers and the hunters, the number of bears has significantly increased from 19 bears in 1993 to 40 in 2005. In 1993 Himalayan Wildlife Project was launched with a substantial financial support from the International Environmental Protection Organizations. But the efforts are not sufficient to protect the brown bear as it is still in danger.

The Deosai Plains accessible between mid June and late September. There must be sporadic windstorms that are certain to test the sturdiness of your tent. Since it is on the altitude of about 13,000 feet above sea, there is no support of trees or shrubbery on the grasslands and Deosai remains a land of denizens, which are scattered colonies of large marmots. It is surrounded by snow-capped peaks of the Himalayas, gives a spectacular look of unique combination of absolutely leveled ground and steepest hills.  It is not simply a plateau; offering a scenic view of the mountains, it is an immense stretch of land; which has to be witnessed, to be felt and to be believed.