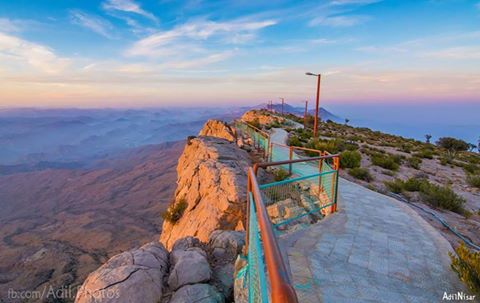 in Adventure Travel, Destinations, Tourism, Travel With Me 21 Comments 6,145 Views

Kirthar is a mountain range which consists of a series of parallel rock hill ridges. Its at the elevation of 4,000 feet (1,200 metres) on the South and about 8,000 feet (2,500 metres) on the North. The range lies between Balochistan and Sindh Provinces of Pakistan. It stretches towards Southward for about 190 miles (300 kilometres) from the river Mula in the central East of Balochistan to Cape Monze (Muari), Mubarak village near Karachi along the Arabian Sea. Kirthar National Park is a huge reservoir of wildlife in the Sindh Province of Pakistan. The Kirthar Range forms the boundary between the lower Indus plains and Southern Balochistan. The Park is in the Kirthar mountains between Karachi and Jamshoro Districts of Sindh. It was established in 1974 and stretches over 3,087 square kilometres (1,192 square miles). It is the second largest national park in Pakistan after Hingol National Park. Its fauna consists of the Indian Leopards, Striped Hyenas, Indian wolves, Ratels, Indian Foxes, Jungle Cats, Jackals, Indian Grey Mongooses, Hedgehogs, Porcupine, Desert Lynx, Urials, Chinkara Gazelles, Sindh Wild Goats and Blackbuck Antelopes.

Kirthar National Park spreads on a vast area, in the South-Western side of Sindh. It is the home of historical Ranikot fort as well. This is a dry arid land of huge landscapes of desert with rugged hilly terrain which lies parallel to the nearby hills which entwines in the stony valleys. It is one of the largest national parks of Pakistan where a large number of animals ranging from mammals, birds and reptile species take refuge in the perfect natural environment. In this context, Kirthar National Park is famous for its uniqueness and richness in natural beauty and cultural heritage.

The climate of the area is not different from the rest of the Sindh. Rather it might feel more hot and drier in the summers especially from March to August when temperatures are more sore. The Monsoon season falls mainly in July and August during which there is ample rainfall that makes the desert area green. In the summer months, the full blooming flowers and lush green scenery is visible everywhere. The peak time to visit the area is from October to January because these are comparatively the cooler months.

Kirthar National Park is generally approachable by the 4×4 vehicle or by the private transport to get there and strolling around the park. There are basically two entrances to the park;

The main visiting point is at Karchat; from where the entry is via link road. The link road splits from the Motoway (M-9) near Noori-abad. Its name is Super Highway and it runs between Karachi and Hyderabad. This route leads to Karchat and accessible through 4×4 vehicles only because it is merely a shingle road. It gives a challenging stunts to the competent and skilled drivers. It is a difficult terrain and the signage is not marked properly.

Contrary to it, for the Khar route the visitors take the road to the Kirthar Park which is on the Karachi Northern Bypass (M-10) and it leads to the North from Karachi. This road is properly in good condition and easily accessible by all kinds of the vehicles. Trekking is a really an enjoyable activity at the Kirthar National Park.

Previous: WORLD DISABLED DAY AND THE BARRIERS FOR PWDS
Next: SARWALI-THE UNCONQUERED PEAK