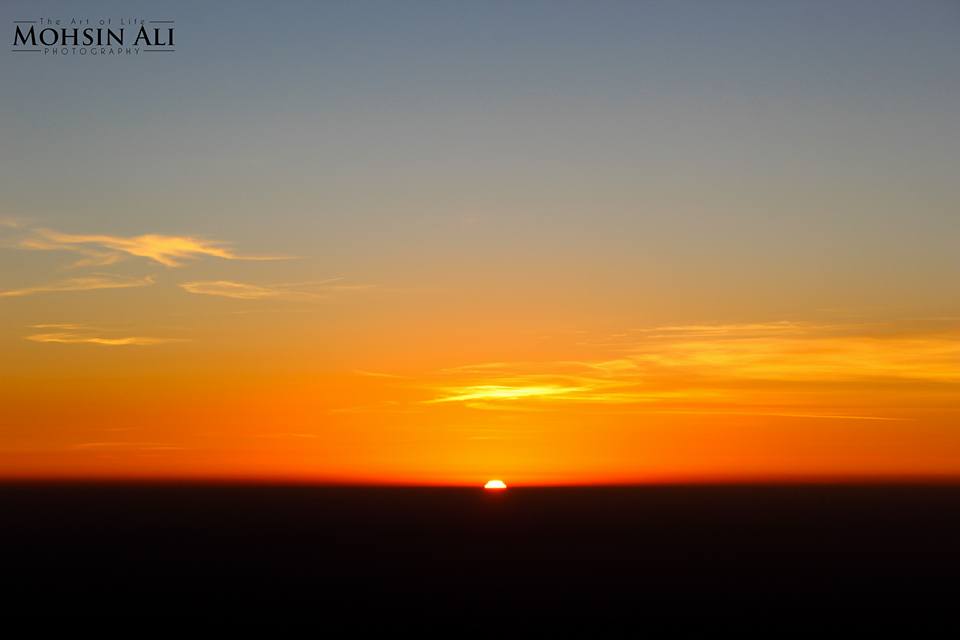 We always talk about the magnificent beauty and charm of the North of Pakistan yet the reality is that every corner of our country is wonderful. From the heights of K-2 in the Gilgit-Baltistan to the warm waters of the Arabian Sea in the South. From mystic Balochistan to magnificent Khyber Pakhtunkhwa. When we intend to travelling in Sindh or Balochistan for watching sun-rise and sun-set, many beautiful places automatically come to the mind. Let’s explore them. Gorakh is a popular hill-station of Sindh, Pakistan. It is at an elevation of 5,688 feet (1,734 metres) above sea level. Kirthar Mountain Range overlooks it as it is 94 kilometres (58 miles) away, in the North-West of Dadu city. The name “Gorakh” is a word from Brahvi language, which literally means “The Wolf”.

The hill station spreads over the highest plateaus of Sindh. Its total area is 2,500 acres (10.117 square kilometres) which makes it a popular tourist attraction with its moderate climate and beautiful landscape. Because of its high altitude, the temperature of Gorakh remains pleasant during the summers and cool in the winters, with ample rainfall. The construction of new Dadu-Gorakh Hill-Road makes the journey even more convenient, easy and enjoyable. Tourists can Public as well as Private Transport from Sehwan Sharif till the Gorakh top. Accommodation facilities are also available. Furthermore it is one of the best places in Pakistan to watch the sunrise and sunset from the hill-top. Since it the highest point, it is an ideal place to observe the rising of the Sun from the Eastern horizons and setting of the Sun in the Western Horizons. It looks so magical and mystic that the sunrise and sunset at Gorakh has become a unique phenomenon. It creates a blend of different colours and shades of the sunlight, which one could rarely see earlier in the life.

Kund Malir is a beautiful beach of Balochistan in Pakistan which is 145 kilometres (90 miles) away from Zero-Point on Makran Coastal Highway. The area is a part of Hingol National Park which is the largest natural Park in Pakistan. It takes nearly 4 hours to reach Kund Malir from Karachi. The beach is among the most beautiful beaches of the world. Though it lacks in the basic facilities like hotels, restaurants, filling stations and above all, no cellphone service is available yet it is still a worth-visiting place. It makes the tourists mesmerize with its calm, peaceful and quiet environment. The wildlife of Hingol National Park is amazing asset of our country which create a winning combination when we visit any natural park around the country. The wild animals of Hingol Park include Ibex (Sindh Ibex), Crocodiles, Urial, Gazelle, Porcupine, Snakes, Mongoose and the migratory birds. The beach along the park is mainly rocky and sandy which is visible from the Makran Coastal Highway. Overall the whole terrain is dry though Hingol river flows into the Park. But it remains dry most of the time due to scarcity of rain. The area around the Park is pretty cool and it offers a beautiful rugged view. The mountains of Hingol National Park keep on changing different yet magnificent shapes over the past years. There is a Hindu pilgrimage Site which is called “Nani Ka Mandir” in the vicinity of the Hingol National Park. It is a cerene, cool and calm place. This is one of the most sacred Hindu Pilgrimage Sites in the world. A festival is celebrated here at the Mander every year in the month of April. Hindus from all over the world visit there to perform their religious rituals. It is another superb place to watch sun-rise and sun-set. Mud Volcanoes is something really amazing to visit upon. They are more than eighty. Though they are inactive but they still emit gases. They do not emit lava but they occasionally emit gases so technically they can be considered active volcanoes.

Another rare phenomenon occurred some years back that an Island appeared in the Gwadar near coastal area of the Arabian Sea. It occured after the earthquake in Balochistan which is the clear indication that it is geologically an active terrain of the region. It is a perfect place to observe the sun-set and sun-rise on such majestic places which offer so many wonderful and exiting attributes on a single spot. These are really worth visiting, time and again.