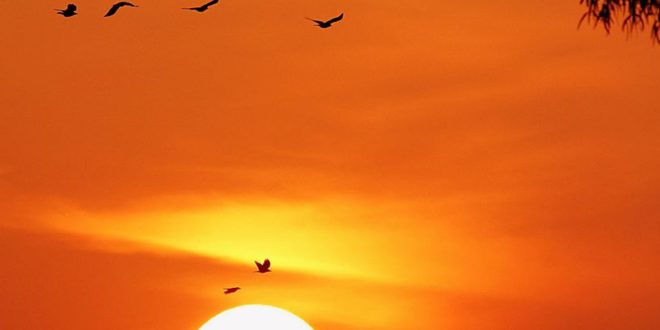 In the month of June 2015, hundreds of people lost their lives due to Urban Heat Islands or the climatic heatwave and the situation even got worsen by acute shortage of water, non-availability of electricity and scarcity of life saving medicines. Federal Government, Government of Sindh, KESC and other departments of Public Service, played a blame game on one another.
In this time of distress, Government as well as the common masses should have to learn a lesson from the calamity and must spread the appropriate awareness to prevent and tackle such a misery in future.

First of all, we explain what the whole phenomenon is, which not only created havoc impacts on the lives of Karachiites but shattered the minds of the whole countrymen as well.
We all know that the population of Planet Earth is increasing exponentially. Along with that population increase will be a rapid progress in technology too. Population pressure causes direct and indirect effects on the environment. One such unknown, usually neglected effect is the uncontrollable expansion of “urban heat islands” (UHIs).

Climatologists call it the “Urban Heat Island” effect_______when a heatwave transforms a city into a furnace where citizens swelter, suffer or even die. The phenomenon is a major worry in hot countries where global warming will drive peak temperatures even higher in coming years. The urban heat island derives from simple Physics. Cities store heat from the Sun and traffic in concrete and tarmac during the day, and release it at night. But in heatwave, an infernal cycle starts up.
The night is not long enough for all the heat to dissipate, so at dawn the new day is equally warm already_________ and can only get warmer.
Without cooling and respite, old and sick people are especially at direct risk.

The heatwave claimed 70,000 lives in Europe in 2003, when temperatures got soared at 35 degrees. It again gripped Western countries in 2013 and this time 1,400 people lost their lives.

There are some simple, appropriate and easily applicable steps to avoid the disastrous effects of the UHIs,

1. The first simple thing that we can do in our vicinity, is planting trees in abundance to provide shadow. But we should beware of the right way of plantation; it must not prevent downward breeze from reaching the streets, as it could make things warmer and traps pollution.
So we have to have a better understanding of how our city interacts with the weather system and about the kinds of vegetation which work best.

2. Another weapon is moving water, i.e., running streams through the cities. It will not only absorb plenty of heat but also a source of pleasure for people.

4. The other ideas are, “green” and “cool” roofs______________ planting shrubs and small saplings on the tops of the buildings, or “painting” and “covering” roofs to reflect heat. Use of light colors in buildings, as dark shades absorb more heat and emit it slowly. Light colors ingest less heat.

5. Educate people about global warming and climatic changes and its adverse effects on the weather conditions. Also make them aware of the remedial steps.

Next: CUISINES OF SWAT